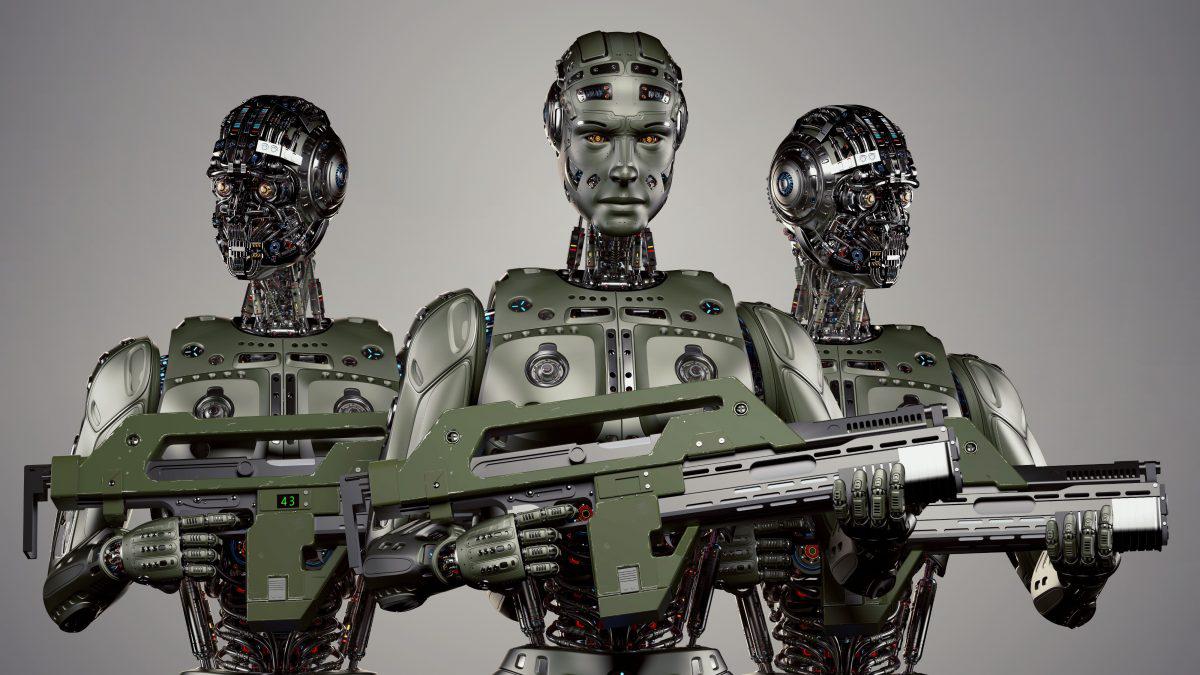 Artificial intelligence is one of many hot technologies that have the potential to change the face of warfare for the foreseeable future. There are numerous articles that describe its capabilities and warn those who fall behind in the AI race. The Department ofDefense established the Joint Artificial Intelligence Center to win the AI battle. There are visions of AI allowing autonomous systems to conduct missions, achieve sensor fusion, automate tasks, and make better, faster decisions than humans. AI is rapidly improving, and those objectives may be met someday. Meanwhile, AI will impact the more mundane, dull, and monotonous tasks performed by our military in uncontested environments.

Artificial intelligence models are improving daily and have proven useful in various applications. These systems' performance can make them very useful for tasks like identifying high-value targets in a crowd using facial recognition, identifying a T-90 main battle tank in a satellite image and etc. The most successful AI applications have been those with large amounts of labeled data, such as Imagenet, GoogleTranslate, and text generation. AI is also extremely powerful in recommendation systems, anomaly detection, prediction systems, and competitive games. In these sectors, an AI system could assist the military in detecting contracting fraud, predicting when weapons systems will fail due to maintenance concerns, and developing winning strategies in battle simulations. All of these applications, and others, have the potential to be force multipliers in both day-to-day operations and in the next conflict.

Some challenges must be acknowledged as the military seeks to incorporate AI's success in these tasks into its systems. The first requirement is that developers have access to data.Many artificial intelligence systems are trained using data that has been labeled by some expert system, usually a human. Companies that use manual methods frequently label large datasets. Obtaining and sharing this data is difficult, especially for an organization that prefers to classify data and limit its access. A military dataset with images produced by thermal-imaging systems and labeled by experts to describe the weapon systems found in the image, for example, would be an example.

Artificial intelligence that uses that set effectively cannot be created unless this is shared with preprocessors and developers. AI systems are also prone to becoming very large (and thus slow), making them vulnerable to "dimensionality issues." Training a system to identify images of every possible weapon system in existence, for example, would require thousands of categories. Such systems will necessitate a massive amount of computing power and a significant amount of time spent on those resources. Because we are trying to training a model, the best model will require an infinite number of these images to be completely accurate. That is something we will not be able to accomplish.

These seemingly super-human models have limitations, leaving aside the enemy's efforts to defeat the AI systems we may employ. An AI's image-processing capability is not very robust when given images that differ from its training set, such as images with poor lighting, a tan obtuse angle, or partially obscured. Unless these types of images were included in the training set, the model might struggle (or fail) to identify the content accurately. Chatbots, which could help our information-operations missions, are limited to hundreds of words and thus cannot completely replace a human, who can write pages at a time. Because of the system's complexity, prediction systems struggle with dimensionality issues and the availability of input data.

At the moment, most artificial intelligence technologies are geared toward business and marketing applications. We use them while browsing social media, calling customer service, and typing text messages with text prediction. So, what exactly is aPeace Machine? It's a thought. It is science and science-based planning or design of a concept to change the world. The assumption is that most people would live in complete peace. Empirically, that appears to be impossible, given the prevalence of wars. So, let us use scientific and technological means to increase the likelihood of peace.

Machines and artificial intelligence (AI) cannot replace humans, but they can provide knowledge, opportunities, and support for peace processes. These processes are frequently concerned with language, culture, and marginalization. The first iteration of this Peace Machine will be a book about how artificial intelligence can assist in the resolution of human conflicts.

Machines will be able to mimic human behavior and cognitive functioning. We don't need to program machines with our knowledge. Instead, thanks to simulation learning, machines can learn in a human-like manner to become experts in various fields. This means that engineers would not feed the contents of books into the system in the manner in which they are currently interpreted but would instead allow the computer to study and interpret the words directly.

A growing understanding of translation technology can drastically reduce linguistic discrimination.Language technology is critical in any concept that focuses on communication and comprehension. With deep learning as the foundation, the most recent advancements in language technology offer natural language processing opportunities with better abstractions closer to true understanding.

Emotion is a new area of research in artificial intelligence because people frequently make decisions based on feelings rather than facts. Emotions are our main program, in computer science terms. When we make major decisions or need to react quickly, we experience emotions, which is not necessarily bad. Emotions are unavoidable. Because we are essentially emotional beings, it is our essence. Emotions are often rational in many cases. What matters in respect to the Peace Machine concept and these questions is what we do based on those emotions.

One of the underlying things is that we may have emotions that are relevant to the context and emotions that aren't. The latter is dangerous because they may contain emotional dynamics based on very old experiences. The removal of cultural or emotions and societal lenses are beneficial to peace, but having a tool that can recognize and highlight them and filter them if necessary can be very useful.

Miscommunications and misinterpretations are a real part of the conflict. Suppose the Peace Machine or another approach can assist us in determining common ground, points of consensus, and mutually understanding the language of the agreement. In that case, it will be extremely beneficial to our work to resolve conflict.