DOD Must Continually Invest in AI To Stay Ahead of Rivals and Enemies
May 19, 2022 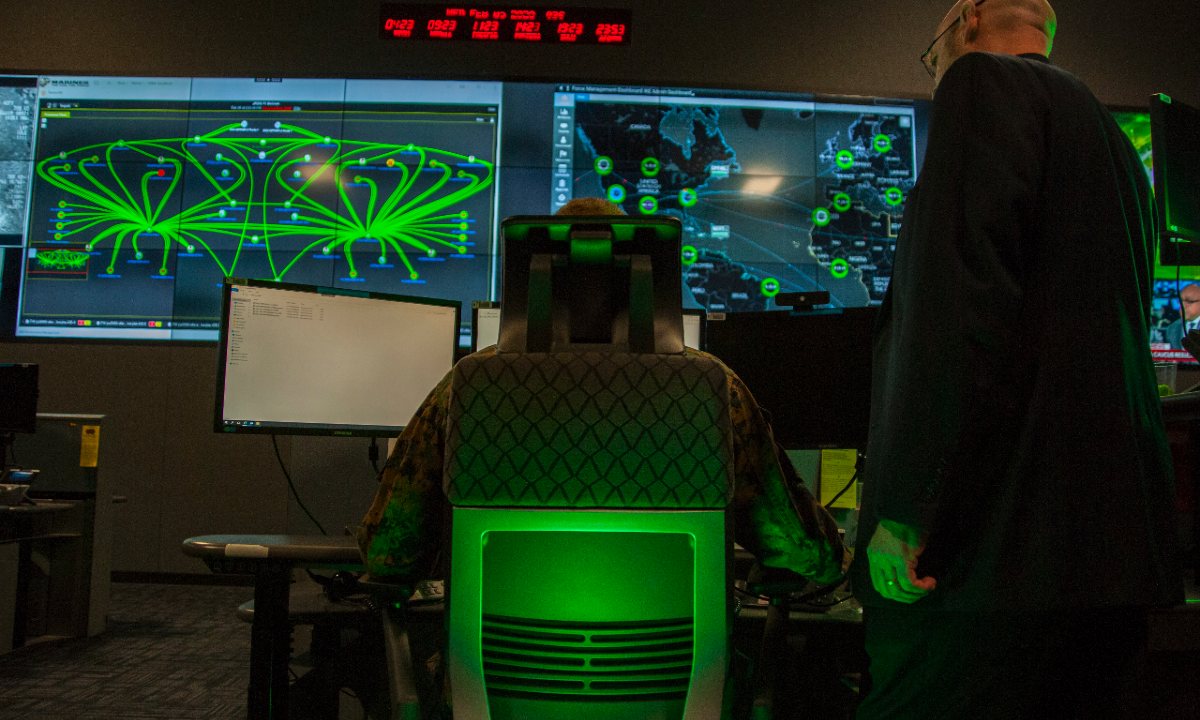 Artificial Intelligence (AI) has become a broad term for many computer science domains, applications, and use cases. AI is widely understood as a technology that enforces intelligent task execution in machines, and it frequently described as a future state and a current reality. Concrete advances in artificial intelligence (AI) have resulted from increased availability of data and computing capabilities, as well as breakthroughs in machine learning (ML) and electronics miniaturization. Artificial intelligence is becoming increasingly lucrative in commercial sectors such as retail and banking.

As such, AI will have multiple national security applications, such as optimizing maintenance and logistics, developing new weaponry, force training and maintenance, and command and control of military activities. AI and machine learning also enable other emerging security technologies, including hypersonic missile defense, network and connectivity management and resilience, and fifth-generation wireless.

To maintain its competitive advantage in artificial intelligence and cybersecurity, the United States must take action, beginning with adopting new innovative technologies. While the United States is ahead of Russia, China, and other adversaries, deliberate and comprehensive efforts must be made to maintain that lead.

AI strategies are being issued by adversaries and allies, as AI is included in defense technology portfolios. Innovative technologies will be developed primarily in the private sector, which means that "state contenders and non-state actors will also have significant exposure to them," as stated in the 2018 National Defense Strategy, "risking eroding the mainstream overmatch to which our Nation has adapted to."

Inadequacies in technology, computing infrastructure, workforce, data, and policy impede the US Department of Defense’s (DOD) ability to develop, acquire, and implement AI capabilities critical to national security. To address these obstacles, the department should modernize software procurement procedures, reform hiring authorities, reduce security clearance processing time, openly invest in areas that the private sector neglects, such as machine learning system testing and evaluation, and be ready to demonstrate a return on investment in AI infrastructure projects to internal and external audiences.

The Department of Defense (DOD) has a lot of experience working with AI, invested in AI research and development (R&D), and has used rule-based and expert systems—once thought to be cutting-edge AI—for decades. AI adoption is now joint in data-rich sectors of the DOD with robust analytic requirements or repetitive configuring. One of them is Project Maven, a program that utilizes machine learning and computer vision to support video analysis in surveillance, intelligence, and reconnaissance activities. AI is also being developed in robotics and unmanned systems, automated warfare, electromagnetic spectrum monitoring, logistics and maintenance, command structure, humanitarian aid, disaster relief, and cyber operations.

The Department of Defense concentrates on putting AI capabilities into action by incorporating machine learning with other techniques, including computer vision, natural language processing, optimization, and robotics. In contrast to popular science fiction stories, the most rewarding AI applications in the federal government have been relatively mundane.

The armed services also established AI policies; the Air Force released its Science and Technology Strategy and Artificial Intelligence Strategy in 2019 and the Computer Language Initiative. In 2018, the Army formed an AI Task Force. The Navy and Marine Corps have shifted their AI research and development efforts toward unmanned and learning-enabled robotic systems. Despite the upsurge of DOD initiatives, none have effectively addressed the root causes hindering AI adoption.

The Pentagon recognizes the importance of artificial intelligence and is actively promoting and investing in it. Some, however, believe it is moving too slowly or with low priority. "Make no mistake, our opponents will capitalize on this technology, utilizing AI to power attacks on our systems as well as increasing their capacity to detect our intrusions on their network systems and respond quickly," said West Virginia Democrat Sen. Joe Manchin, who chairs the subcommittee. He went on to say that failing to prepare would be "devastating."

According to a 2018 Defense Department assessment, China and Russia invest heavily in artificial intelligence for military applications. According to the document, the investment threatens to diminish the United States technological and operational advantages. "To put it simply," Sen. Mike Rounds, R-South Dakota, said during the hearing, "our adversaries will use AI against us, and therefore we must utilize AI to defend against them."

Early success stories for the Department of Defense include Project Maven's continued capability development, partnerships with international counterparts to encourage AI for humanitarian assistance and disaster alleviation, and advanced technologies for the National Geospatial-Intelligence Agency. Such examples highlight the significance of bolstering the AI ecosystem. While many long-term structural changes are required, the department's priorities should be fourfold.

The Department of Defense has charted an ambitious but necessary course for utilizing AI in national security. However, if the department becomes an organization that designs, develops, and implements AI, it will need to invest more in people, policy, and foundational technologies.